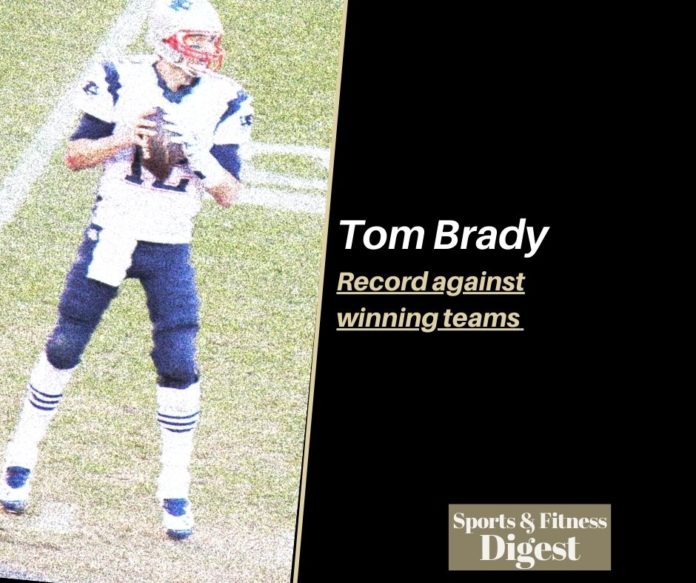 Tom Brady is regarded as the greatest quarterback of all-time by many NFL analysts. He now has 7 Super Bowl rings. His latest came at age 43 after beating the Kansas City Chiefs during Super Bowl LV on a different team for the first time in his career. Brady has more accolades than one cant count and it isn’t stopping any time soon.

Let’s take a look at how many times the New England Patriots and Tampa Bay Buccaneers won games against teams with a winning record with Tom Brady as their starting quarterback.

What is Tom Brady’s record against winning teams?

In 2020, with the Tampa Bay Buccaneers, Tom Brady was 1-4 (.200) against winning teams as the starting quarterback.