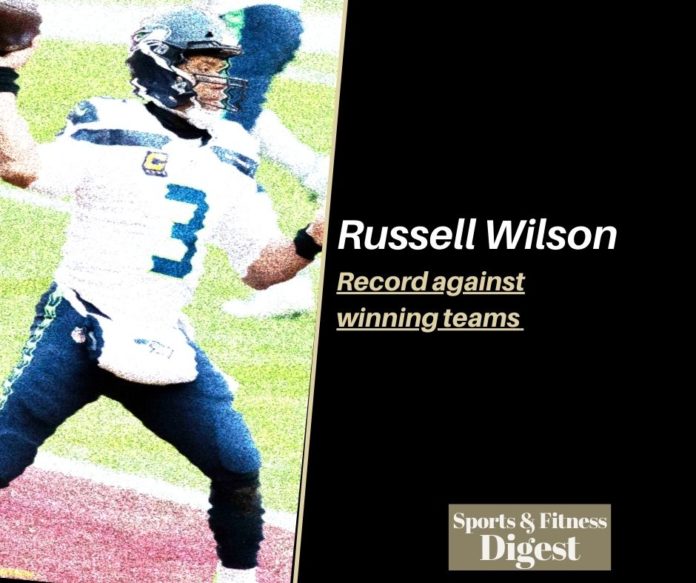 Russell Wilson has been one of the best quarterbacks since entering the NFL in 2012. He started in two back-to-back Super Bowls winning Super Bowl XLVIII. He has been to the Pro Bowl 7 times during his 9 year NFL career. He is the staple of the Seahawks organization.

Let’s take a look at how many times the Seattle Seahawks won games against teams with a winning record with Russell Wilson as their starting quarterback.

What is Russell Wilson’s record against winning teams?

Since entering the NFL in 2012, Russell Wilson is 32-27 (.542) against teams that finished the season with a winning record.