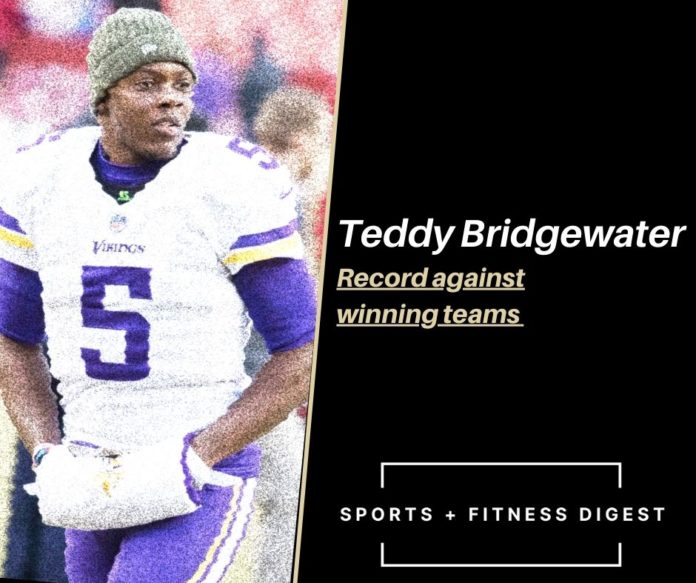 Teddy Bridgewater overcame a lot of adversity to become a starter again. He suffered a very serious knee injury going into his 3rd season as the Minnesota Vikings starting quarterback prior to the start of the 2016 season. The injury caused him to miss an entire season and have to team jump a bit. He spent the entire 2020 season as a full-time starter for the Carolina Panthers. It was his first time being a full-time starter since 2015.

Let’s take a look at how many times the Minnesota Vikings, New Orleans Saints, and Carolina Panthers won games against teams with a winning record with Teddy Bridgewater as their starting quarterback.

What is Teddy Bridgewater’s record against winning teams?

Since entering the NFL in 2014, Teddy Bridgewater is 4-14 (.222) against teams that finished the season with a winning record.

Aaron Rodgers is officially holding out with the Green Bay Packers