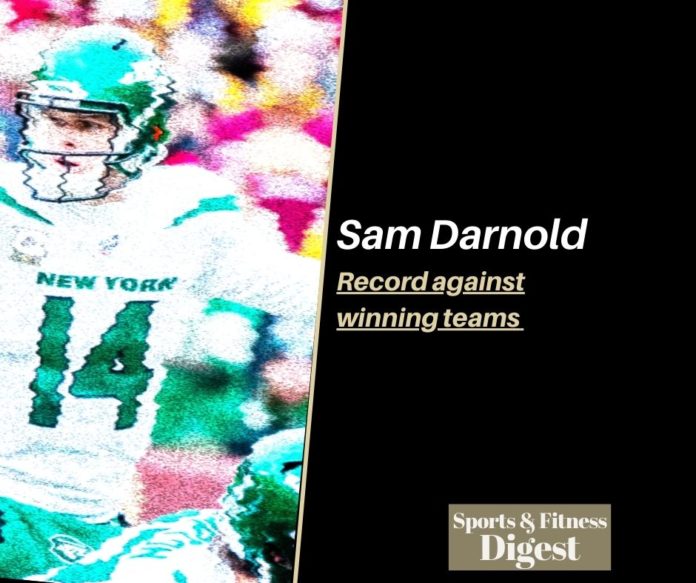 Sam Darnold is in a very odd place right now. He is a young quarterback who has shown some flashes. He is also on a team who has a chance to pick a new quarterback in a draft that is loaded with high quality quarterback prospects. It will be interesting to see if the Jets feel he has shown enough or if they move on from him already.

Let’s take a look at how many times the New York Jets won games against teams with a winning record with Sam Darnold as their starting quarterback.

What is Sam Darnold’s record against winning teams?

Since entering the NFL in 2018, Sam Darnold is 4-13 (.235) against teams that finished the season with a winning record.