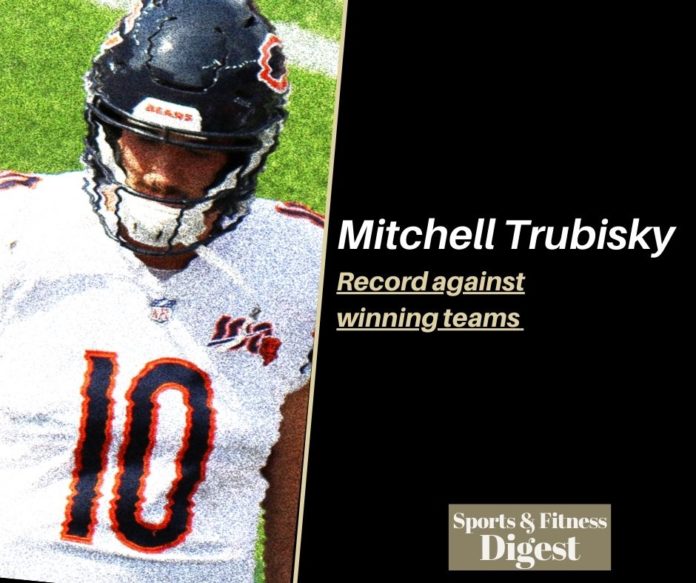 Mitchell Trubisky hasn’t lived up to the expectations of Chicago Bears fans. He has shown accuracy and consistency issues since the Bears drafted him in 2017. What makes it worse is that the Bears traded up to draft him over Deshaun Watson and Patrick Mahomes. He is currently entering his 5th season as the starter in Chicago with a lot to prove.

Let’s take a look at how many times the Chicago Bears won games against teams with a winning record with Mitchell Trubisky as their starting quarterback.

What is Mitchell Trubisky’s record against winning teams?

Since entering the NFL in 2017, Mitchell Trubisky is 8-15 (.347) against teams that finished the season with a winning record.

Aaron Rodgers is officially holding out with the Green Bay Packers