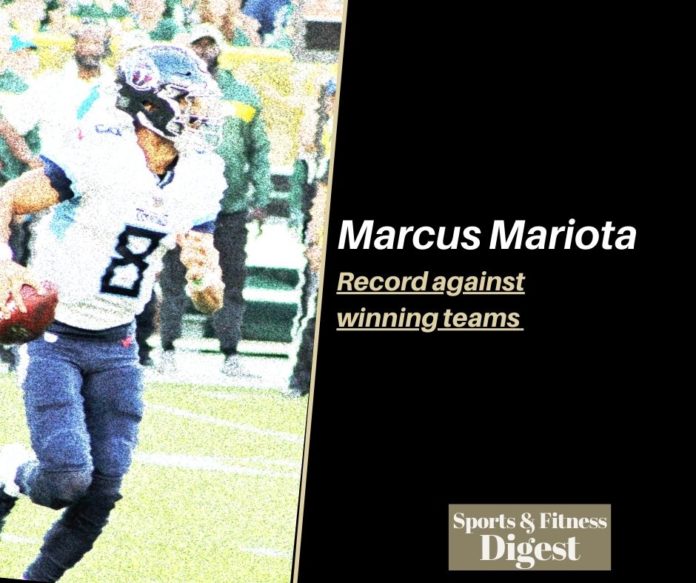 Marcus Mariota was drafted as the future quarterback of the Tennessee Titans in 2015. He did okay at first. He never seemed to quite put it together and was shortly replaced with Ryan Tannehill. He found a backup role with the Las Vegas Raiders. While his starting career may not be over, it is definitely on pause until a team gets desperate enough to give him another shot.

Let’s take a look at how many times the Tennessee Titans and Las Vegas Raiders won games against teams with a winning record with Marcus Mariota as their starting quarterback.

What is Marcus Mariota’s record against winning teams?

Since entering the NFL in 2017, Marcus Mariota is 12-13 (.480) against teams that finished the season with a winning record.

In 2020, with the Las Vegas Raiders, Marcus Mariota was 0-0 (.000) against winning teams as the starting quarterback.