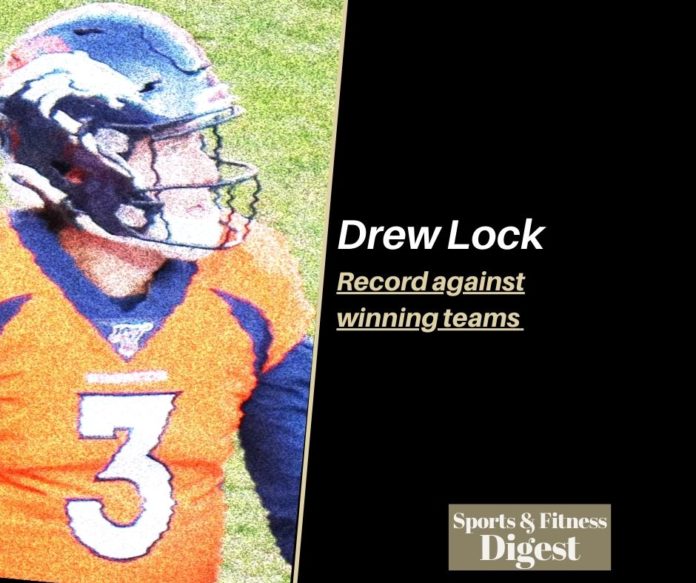 Drew Lock emerged as the starter for the Denver Broncos after they drafted him from the University of Missouri in 2019. He has provided a small glimpse of hope in an unclear future for the Denver Broncos. Lock hasn’t been overly impressive but has shown that he can be a starter in the NFL. Season number three will be his make or break season in the NFL. The Broncos will have enough time to know what they have in Luck after the 2021 season.

Let’s take a look at how many times the Denver Broncos won games against teams with a winning record with Drew Lock as their starting quarterback.

What is Drew Lock’s record against winning teams?

Since entering the NFL in 2019, Drew Lock is 2-6 (.250) against teams that finished the season with a winning record.