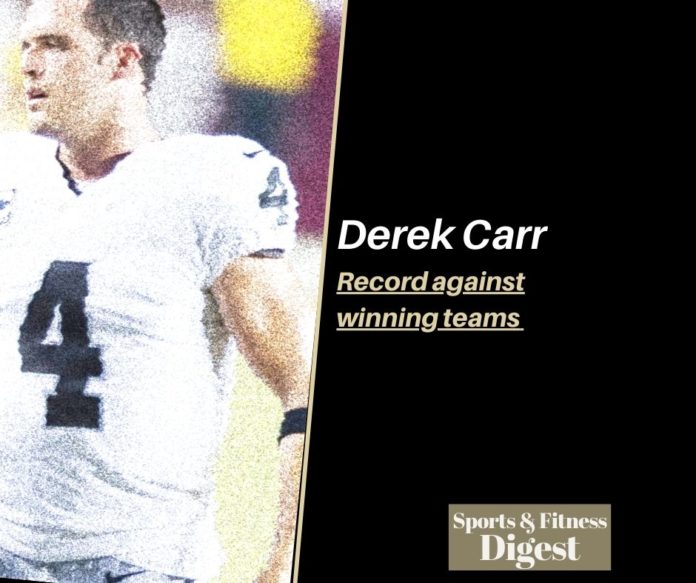 Derek Carr is entering his 8th season as the Las Vegas Raiders starting quarterback. He has been good enough to not question the position. At the same time he hasn’t been good enough to give the Raiders what they need. The Raiders are approaching a tough decision in the near future in regards to their future direction quarterback. For right now, the Raiders appear to be committed to Carr.

Let’s take a look at how many times the Las Vegas Raiders won games against teams with a winning record with Derek Carr as their starting quarterback.

What is Derek Carr’s record against winning teams?