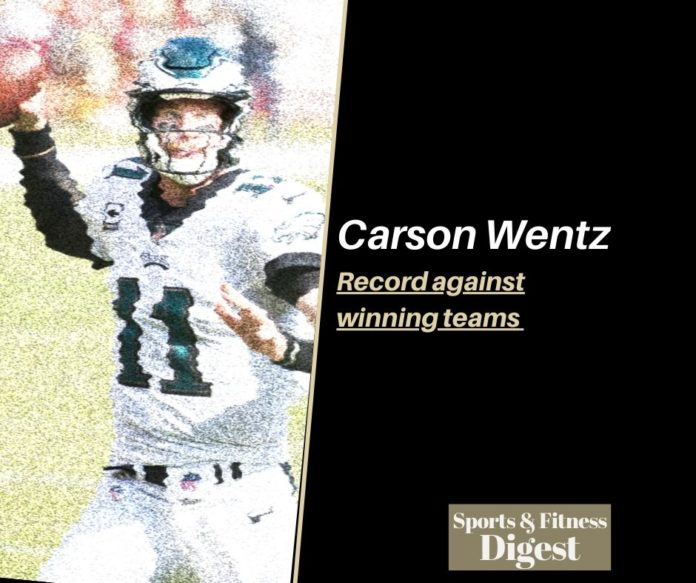 Carson Wentz was an NFL MVP front runner just a few years ago. He has since been replaced by Jalen Hurts and the Philadelphia Eagles put him on the trading block. This comes after a 2020 season where Wentz and the Eagles offense didn’t meet expectations of ownership and management.

Wentz may not be the problem but he will have to show that on another team going forward.

Let’s take a look at how many times the Philadelphia Eagles won games against teams with a winning record with Carson Wentz as their starting quarterback.

What is Carson Wentz’s record against winning teams?