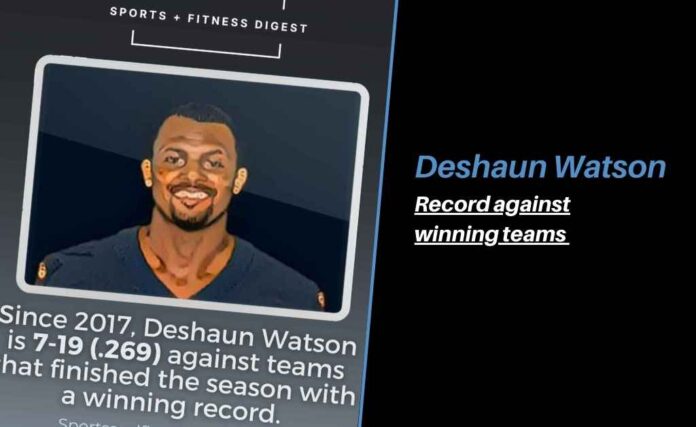 After a promising start to his career, Deshaun Watson finds himself in a different situation. He is now the starting quarterback for the Cleveland Browns after the Texans shipped him off for a massive haul.

Watson is suspended for the first 11 games after being accused of sexual assault from multiple women. He is eligible to return in December against his former team when the Browns take on the Houston Texans.

What is Deshaun Watson’s record against winning teams?

Since entering the NFL in 2017, Deshaun Watson is 7-19 (.269) against teams that finished the season with a winning record.