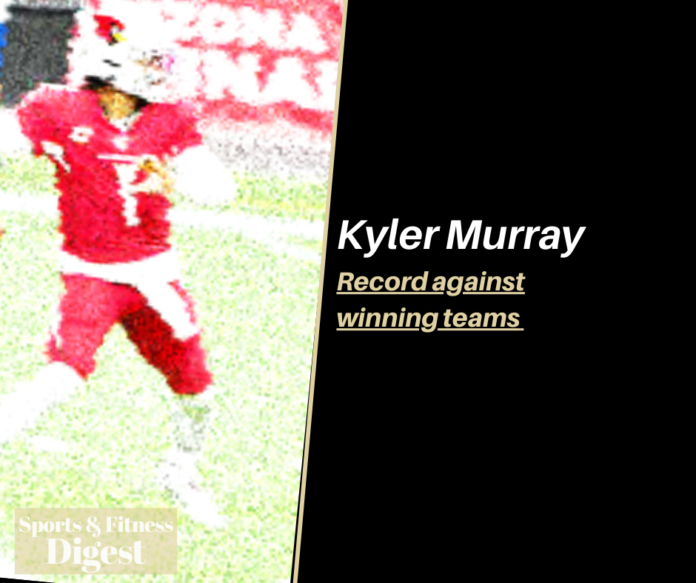 Kyler Murray has experienced a pretty good start to his NFL career. This past season he put together some good stats both in the air and on the ground. Unfortunately, the Cardinals just missed the playoffs after falling apart late in the season.

Let’s take a look at how many times the Arizona Cardinals won games against teams with a winning record with Kyler Murray as their starting quarterback.

What is Kyler Murray’s record against winning teams?

Since entering the NFL in 2019, Kyler Murray is 3-11 (.214) against teams that finished the season with a winning record.