See how veteran QB Matt Ryan has fared against teams with a winning record. 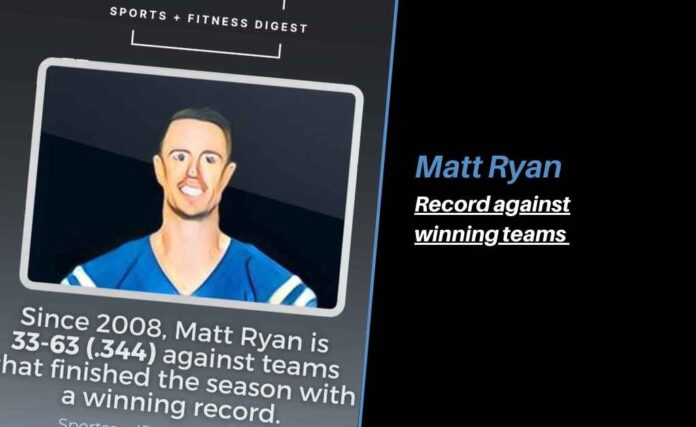 Matt Ryan was the face of the Atlanta Falcons from 2008 through 2021. He provided the team consistency at the quarterback position through a lot of ups and downs. That resulted in four Pro Bowl appearances and 1 Super Bowl appearance. He would actually be a Super Bowl Champion if the Falcons didn’t blow a 28-3 lead to Tom Brady during Super Bowl LI.

The Falcons decided to move on from Matt Ryan before the start of the 2022 season. They sent him to the Indianapolis Colts for a 2022 3rd round draft pick. In the meantime, the Falcons are rolling with Marcus Mariota while they hit the reset button. Ryan joins a Colts team that does not have a clear identity or direction, but he gets another opportunity to be a starting quarterback in the NFL.

Let’s take a look at how many times Matt Ryan won games against teams with a winning record with Matt Ryan as their starting quarterback.

What is Matt Ryan’s record against winning teams?