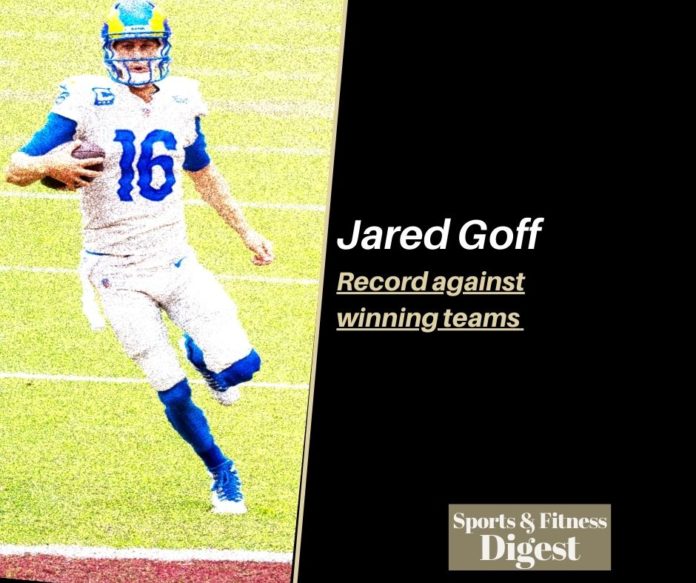 Jared Goff is now the quarterback of the Detroit Lions. This came after a blockbuster trade between the Los Angeles Rams and the Lions. Just two seasons after taking his team to a Super Bowl the Rams were willing to move on from Goff who they drafted in 2018 out of the University of California.

Let’s take a look at how many times the Los Angeles Rams won games against teams with a winning record with Jared Goff as their starting quarterback.

What is Jared Goff’s record against winning teams?