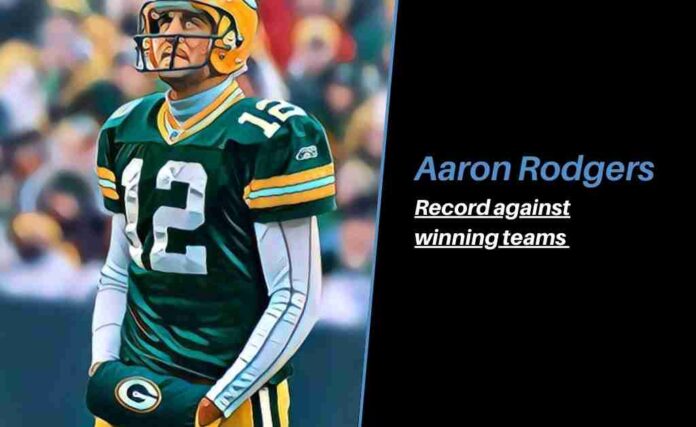 Aaron Rodgers has been dominating the league for a long time. He is coming off an MVP season at 37 years old. He is still searching for his second Super Bowl championship which is the only thing holding back his legacy from being compared to the likes of Tom Brady. If he follows in the footsteps of Brady, he still has plenty of time left to add to his legacy.

Let’s take a look at how many times the Green Bay Packers won games against teams with a winning record with Aaron Rodgers as their starting quarterback.

What is Aaron Rodgers’ record against winning teams?